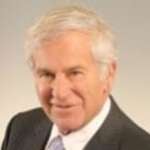 Jeffrey C. Zucker graduated from the University of Pittsburgh in 1969 and from Stetson University College of Law in 1972. After serving a judicial clerkship in the Superior Court of New Jersey, Jeff was an Assistant Prosecutor in Camden County from 1972-74. He then entered into the private practice of law and was co-founder of the Sufrin & Zucker Law Firm which was formed in 1980.

Mr. Zucker practices extensively in the area of litigation, both civil and criminal. He specializes in Criminal Defense with emphasis on Federal and State major criminal matters. He also handles DUI and Municipal Court matters on an extensive basis.