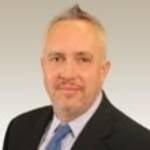 David W. Sufrin graduated from Albright College in 1989. He studied Russian Language and Culture at the University of Pennsylvania from 1991 to 1992. David graduated from Rutgers University Law School in 1995, where he received the Molly and Phillip Gleicher Award for Outstanding Achievement in Elder Law. He also held an internship with the Honorable John F. Gerry, Presiding Judge of the United States District Court, New Jersey.

David served a judicial clerkship under the Honorable Robert W. Page, during his tenure as Presiding Judge, Family Part, and then in the Appellate Division of the Superior Court of New Jersey. Following his judicial clerkship, David entered into the private practice of law. He specializes in representation of claimants in Class Action Litigation and Business & Corporate matters. David has expertise in all aspects of Matrimonial Law. He is also experienced ni both Civil and Criminal Trial Practice, Juvenile matters, Personal Injury, and Municipal Court.