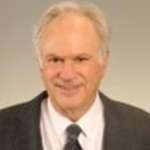 Saul J. Steinberg was born and raised in Camden, NJ. He has practiced in Camden County since first being admitted to the bar. Since 1990, he has also handled cases in Southeastern Pennsylvania.

The emphasis of Saul's practice is in Criminal and Civil litigation. He has handled major criminal and civil cases and has provided representation to other professionals including physicians, lawyers, and teachers. He has represented criminal defendants charged with major felonies (murder; robbery, etc.) as well as for intoxicated driving and drug offenses. In the civil area, he has tried cases involving motor vehicle accidents (car, truck, motorcycle, taxicab and bus); medical malpractice; defective products and premises liability/slip and fall matters.

As a member of the bars of New Jersey and Pennsylvania (and the United States District Courts for these jurisdictions), Saul has never lost sight of the personal nature of representing people whose lives have been affected by the events for which they need counsel. He firmly believes that an attorney must not only be of sufficient skill to handle the type of case involved, but must also consider the needs of the client as an individual. After all is said and done, the client must go on with his or her life and during representation lawyers must bit lose sight of that basic fact.